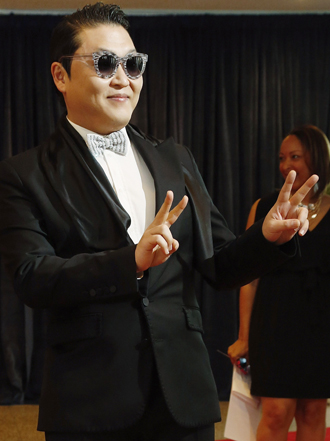 The Korean singer and rapper caught the attention of the international community in 2012 with his song “Gangnam Style,” which went viral and became an instant hit.

“Gentleman” is currently the most watched K-pop music video on YouTube worldwide, the website operator announced earlier this week. YouTube said yesterday that the music video has been designated as one of the “Top Trending Music Videos of 2013.”

Views for the video will soon exceed 600 million.

It is the second time Psy has been honored in that category. “Gangnam Style” previously catapulted him into the global spotlight.

Meanwhile, the star plans to spend the holiday season with fans here in Korea. He is slated to give concerts from Dec. 20 to Dec. 24, at Seoul Olympic Park. He will not perform on Dec. 23.