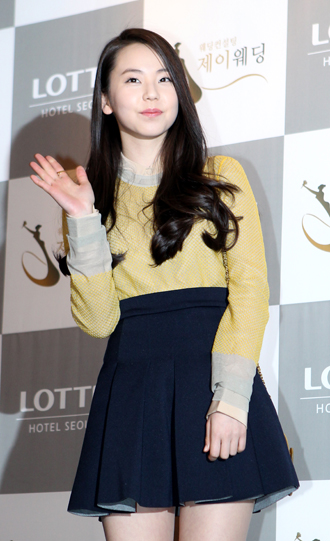 Singer Sohee, of the girl group Wonder Girls, wants to change her focus to acting and is considering leaving her current agency, JYP Entertainment.

The singer’s contract with the agency expires on Dec. 21. Her agency said yesterday that it will respect whatever decision she makes.

“She has decided that it is right time for her to make a change and be in a new environment where she can focus on her acting. We have discussed this many times and will respect her decision,” JYP Entertainment said.

With Sohee likely leaving the group, many fans have wondered about the future of Wonder Girls.

The agency added that the group’s other members, Sunye and Yeeun - whose contracts also expire on Dec. 21 - and Yubin, whose contract will end in September next year, have agreed to extend their agreements with the agency and are currently discussing the details.

Whether the group will make a comeback will be announced later.

The plan for its fifth member, Hyerim, was not mentioned. Her contract expires in 2015.