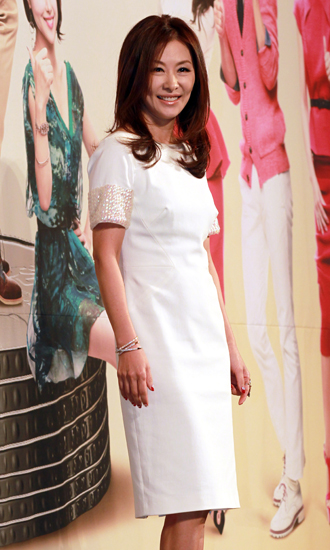 A group of viewers has requested that local broadcaster MBC ban actress Lee Mi-sook from appearing on TV.

About 10 people who claim to represent many others visited Seoul Southern District Court on Thursday and filed the request.

The move came after Lee was excluded from the list of celebrities the broadcaster will not have on its programs because they have been embroiled in activities that society deems inappropriate, such as illegal gambling. MBC recently banned comedian Kim Yong-man from its programs after he was found guilty of illegal gambling.

Actress Park Si-yeon and other actresses, have also been banned because they were recently found guilty of abusing propofol.

The citizens allege that MBC is assisting Lee so that she can continue to be featured on events such as year-end award ceremonies.

They argued that Lee had a previous romantic involvement with a man 17 years her junior, and she has been embroiled in a recent prosecutors’ investigation because she had problems with her former agency regarding her management contract.

“Our rights have been infringed,” the viewers alleged, saying that they want their right not to see certain people on TV protected.

“If celebrities that made socially acknowledged mishaps continue to come on TV, it can have a seriously bad influence on young viewers as they will have less of a sense of following the law.”

Lee is scheduled to take part in two dramas on MBC, including the daily drama “Shining Romance.”