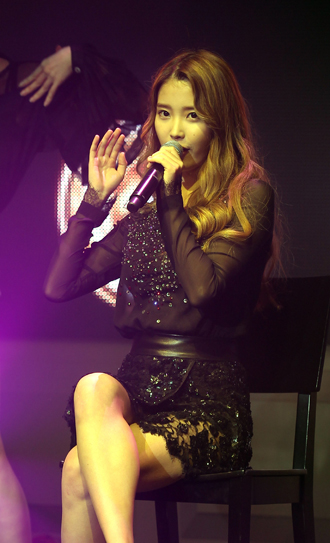 Singer IU is releasing a repackage album, according to her agency, Loen Tree.

The new album is titled “Modern Times - Epilogue” and will be released on Friday. It includes two new songs and a DVD with recordings of the live performance of her second solo concert last month.

Because it is a special album, the agency made only 10,000 copies, which will hit local music shops and online shopping outlets on Dec. 26.

One of the songs on the album is going to be included as a soundtrack for the KBS drama “Beautiful Man,” in which the singer was a cast member along with actor Jang Geun-suk.

Loen Tree said that the singer wrote the lyrics for the song, which is tentatively named “Crayon.”

Another new song, tentatively named “Meet on Friday” was composed by IU.