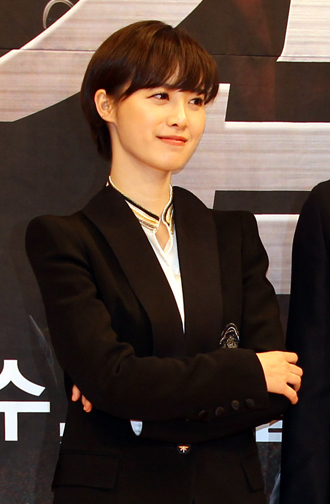 Actress Ku Hye-sun has completed filming her movie “Daughter,” according to her agency YG Entertainment yesterday.

Ku is not only the movie’s director but also played the lead role of the daughter in the film about the emotional conflict between a woman and her mother.

Although Ku has directed several films, this is the first time for her to direct a movie that she also acted in.

Actress Shim Hye-jin played the role of the mother - a woman who physically abuses her daughter.

The movie is set to be released in the first half of next year. By Lee Sun-min