Rain to unveil his home to fans on reality TV show

Rain to unveil his home to fans on reality TV show 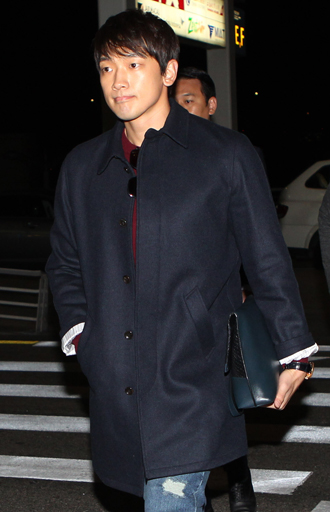 World star Rain will give fans an inside look at his home on the upcoming reality show “Rain Effect.”

The singer, who debuted about 15 years ago, will open the doors of his home so that fans can get a closer look at his everyday life on a reality TV show on cable channel Mnet.

“It might make people laugh because he tries to avoid the cameras set up all over his house, [especially] when changing, so he hides behind doors,” said the broadcaster. “It will also be touching to see how he has strived to keep his body muscular, although he is not a big fan of sports.”

The reality program will air the first episode tomorrow at 11 p.m.

“Fans will find Rain very attractive as he shows many mistakes because he is not yet used to the reality program format,” the production team said. “Also, it was impressive to see him putting in his best efforts to keep his top position.”