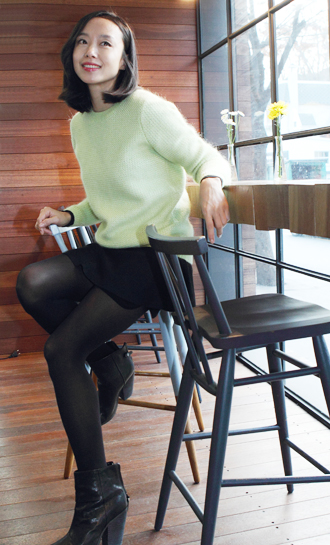 Actor Shia LaBeouf poses at the 69th edition of the Venice Film Festival in 2012. He recently admitted to borrowing another artist’s work without credit.[AP/NEWSIS]

Actress Jeon Do-yeon, one of Korea’s most awarded stars, returned to the big screen for the first time in two years with “Way Back Home.”

In the film, Jeon plays an ordinary homemaker named Song Jeong-yeon, who is duped into carrying large bags of illegal drugs into France but is eventually caught at the border.

Based on the true story of a Korean housewife who got caught at an airport in France in 2004, the film influenced Jeon to strive toward realism.

“I wanted to make everyone think that all the scenes in the movie were real,” she told the Ilgan Sports, an affiliate of the Korea JoongAng Daily.

Q. Why did you take a two-year break before this movie?

A. That was never intended. I didn’t think two years had passed already. However, I was busy at home, raising a child, and both work and home are important to me. Although I wasn’t working during the time, I was waiting to find the right work for me, analyzing scripts I was sent.

Were you nervous that there are so few female-centered movies?

I watched many movies while I was off work and saw how so many movies focus on male characters. It made me envious. And then I got nervous because if that trend continued, I might have a hard time coming back.

I started to miss being an actress on the film set while I was at home and eventually thought I was ready to focus on filming, even if working could be hard.

You look even younger than you did in “The Housemaid” in 2010. What do you think when people tell you that you look great even without any makeup?

They are generous with their compliments. Because I’m a woman, there are times I want to look fancy. However, it gets different when I work; then I don’t care how I look, and the focus is on how to make the character look more real.

Did you try to lose weight for this role?

No, I didn’t intentionally try to eat less and lose weight. Because we were filming in warm weather, I couldn’t survive without eating. However, as I was acting in a hot region and trying to focus, that hardship was reflected in my face and eventually matched the situation Jeong-yeon was facing well.

Were you edgy during the filming?

I thought I wanted to make my acting look more real than movie-like. Also, as most of the filming took place overseas, we knew that we couldn’t fly back if we were to find any problems later on in Korea. I couldn’t relax because I kept on thinking that if I make any mistake, that could hinder audiences from being absorbed in the movie.

Why did you decline the role when it was first offered?

I was offered the role when the movie was being planned, at the beginning. I liked how the movie talks about the importance of family and it felt warm, but the screenplay was not finished at the time, and the director had not been chosen.

It felt like too much to set the direction for the movie, so I had to say no.

Then why did you later decide to take the role?

After I walked away from it, I heard other actresses wanted it, so I let go of my interest. But one day I met with directors Park Chan-wook and Kim Jee-woon near the Hongdae area [Hongik University in western Seoul], and they asked me why I had not taken the role.

I said I didn’t know what was going on with that movie after I stepped away, and then they said that the casting was still ongoing, and Kim arranged things so I could get the completed scenario.

After I was done reading it, I really liked it, so I told the producers I wanted in. The timing was perfect, as if I was destined to play the role.

Weren’t you offered a chance to audition for “Terminator Salvation”? Are you not at all interested in going to Hollywood?

With “Terminator,” it wasn’t an offer to play a role but a suggestion to take an audition. I didn’t want to make my Hollywood debut in an action movie. I would want to do a drama, but to do that I would need to overcome the language barrier.

But you are filming some action scenes for the coming movie “Memories of the Sword.” Isn’t that hard?

Because I’m a martial arts expert in the movie I can’t be clumsy in the action scenes. I put a lot of effort into it, and I think I did better than I expected.

I’ve never wanted to get something out of the work I do. I just want to continue working.