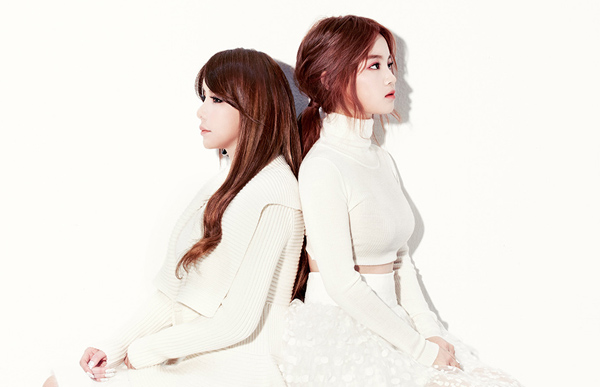 After buildings and the roofs of cars were blanketed in snow yesterday, creating more excitement for Christmas, a unit group of YG Entertainment released its new Christmas carol one day earlier than originally planned.

Bom & Hi, or Park Bom of the girl group 2NE1 and singer Lee Hi, has released its own version of “All I Want for Christmas is You,” a well-known record originally sung by Mariah Carey. It was released at noon yesterday.

The song plays as if Lee and Park are talking to each other in jazzy and soulful voices. And as the song has been slowed down, the agency expects many people who don’t have significant others to spend the holiday with will welcome its arrival.