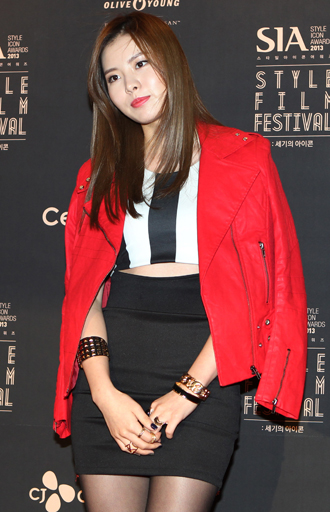 Broadcaster SBS has announced the lineup for its popular year-end music program, which is scheduled to be aired on Sunday.

Among the performers, many of the stars on this year’s show are affiliated with Mystic 89, a new agency heralded by chief producer Yoon Jong-shin.

Included in those singers are Park Ji-yoon, who returned to the K-pop music scene after dabbling in indie music for the past couple of years with “Mr. Lee” in October, and Kim Ye-rim, a former contestant of the survival audition program “Superstar K3” in 2011.

Kim, also known as Lim Kim, topped local music charts in June with her release “All Right,” from her first mini-album “A Voice.”

Many local experts have said that the focus on Mystic 89 singers shows that the agency has successfully transitioned into K-pop. Other K-pop singers to join the Sunday broadcast include IU, T-ara, Infinite, Sistar, B.A.P and B1A4, while several hip-hop artists have also been invited, such as Tiger JK and Verbal Jint.