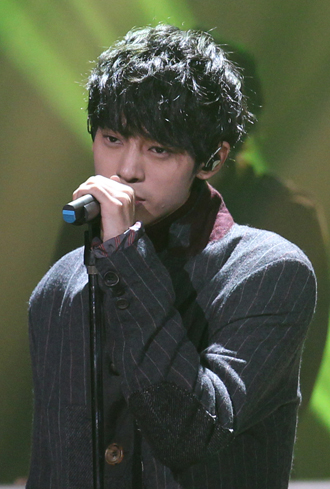 Jung composed and wrote lyrics to the song “Only One Day” for the drama, which stars actor Jang Geun-suk and the singer IU.

The song is supposed to represent the growing feelings Jang has for IU.

Jung made two versions of the same song. The original is more inspired by American rock, while the other has more of a British pop sound and sounds sadder.

“In the past month, Jung has focused on working on the song whenever he had time,” said Jung’s agency, CJ E&M.

“He watched the drama meticulously and also read the original comic that inspired it so he could put the right emotions into the song.”