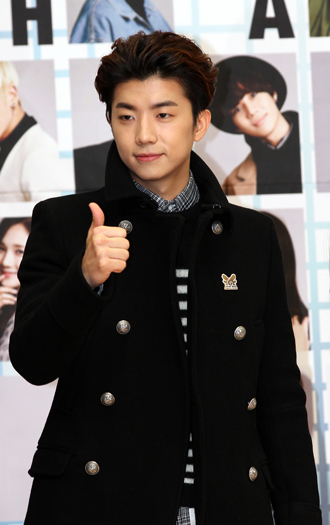 Woo-young of the boy group 2PM

Woo-young of the boy group 2PM will get married to actress Park Se-young.

Well, maybe not in real life, but the two stars have agreed to join the latest season of the quasi-reality program “We Got Married 4.”

“We Got Married” features young stars who are placed into pretend relationships, who must then deal with the trials and tribulations of married life.

As Tae-min of the boy group SHINee and Son Na-eun of the girl group A Pink decided to leave the program after two seasons, new blood was needed to fill their spots.

Woo-young and Se-young reportedly met yesterday for their first filming session. As they have never been on a TV program together before, many fans are anxious to see what kind of chemistry the two will show.

The new couple will start appearing on the show later in the month, but broadcaster MBC has not yet confirmed the exact air date.