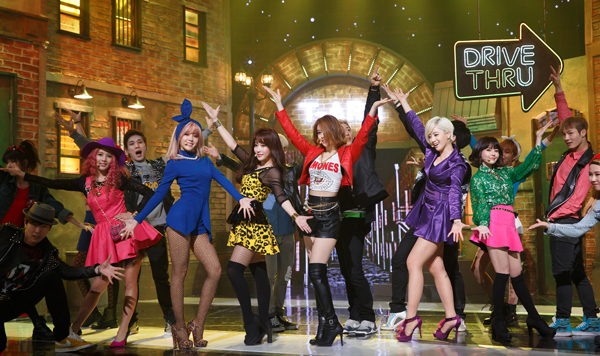 Girl group T-ara will meet with fans outside of Seoul this week to sign autographs.

According to the group’s agency Core Contents Media yesterday, the group will travel to Busan, Ulsan, Suncheon, Gwangju, Daejeon, Anyang and Incheon from Monday to Wednesday next week.

“We wanted to thank fans who live in other regions in Korea in person,” the group said in a statement.

When the group is in Suncheon on Tuesday, actor Son Ho-jun, who garnered wide recognition from the tvN drama “Respond, 1994” last year, will accompany the group.

Son had previously starred in the T-ara music video for “Do You Know Me,” which came out last month.

Before Son joins the girl group, he will also have an event of his own in Suncheon, handing out free hugs in the morning to his fans.

It has been also said that Son will accompany the girl group to Gwangju as well.