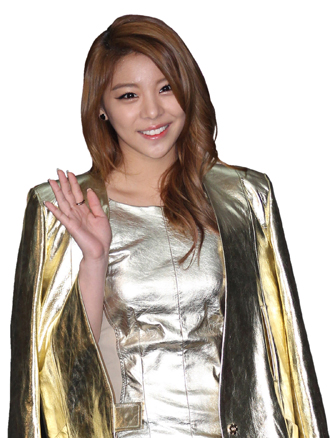 Singer Ailee cried on television, creating a stir among fans and well-wishers.

During KBS’s music program “Immortal Song,” which aired Saturday evening, Ailee shed tears toward the end while singing Shin Seung-hun’s “Your Smile in My Memory.”

Before she started singing, Ailee came to the stage and dedicated the song to her fans and those who have always believed in her.

About two months ago, nude photos of the singer were released online. Ailee’s agency, YMC Entertainment, took immediate legal action against the distributor, alleged to be her ex-boyfriend.

Netizens responded to Ailee’s reaction on stage with warmth and support. “Ailee’s tears and the song moved my heart,” said one.

Ailee’s new single “Improved Song,” in which she once again teamed up with singer-songwriter Wheesung, was released today. Following the scandal, she has officially returned to the small screen as a singer.