Married life for Noh and Jang

Married life for Noh and Jang 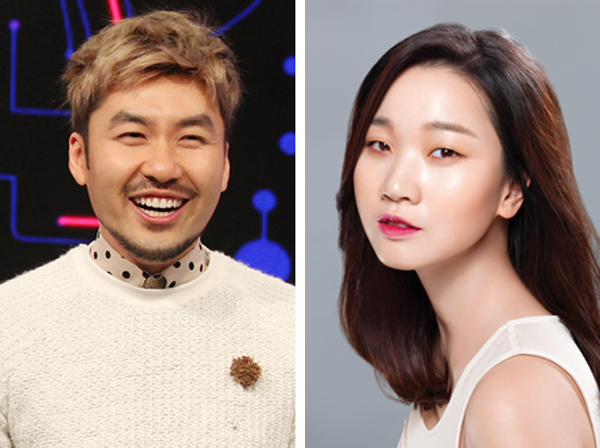 Korean supermodel Jang Yoon-ju stayed the night at entertainer Noh Hong-chul’s place, where she acted as if she was his wife.

Last week’s “Infinite Challenge,” MBC’s most popular program, was titled “What If?”

The six hosts were asked to come up with an event for another host. Comedian Jung Hyung-don, who is one of the six hosts, picked the event: “What if Noh Hong-chul is married to Jang Yoon-ju?”

Noh’s mission was to show what life would be like if he was married to Jang. Jang is one of the country’s best-known models, but she has also made a name for herself and appeared on “Infinite Challenge” several times.

During their segment, Jang was feisty, approaching Noh in a seductive way at his home, and even going so far as to spank him after he backed off from her antics.

Unlike his usual wild character, Noh looked rather taken aback. Noh commented on her actions during an interview, saying it was an “apotheosis moment” for him.

Upon witnessing Noh and Jang’s “married life,” netizens went wild, insisting the couple should appear in “We Got Married,” a show that pairs up celebrities to see what it might be like if they were truly man and wife.