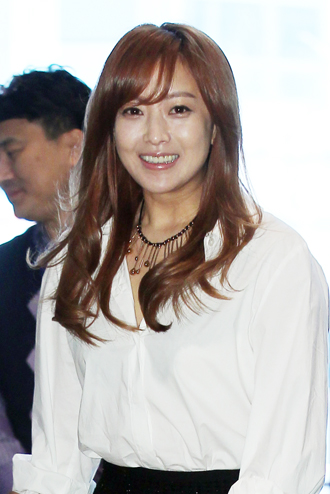 “It is going to be a drama that will gather attention without any provocative stories,” she said. “Also, it will bring happiness and laughs, as the drama is about people who pursue real love and cherish the value of a family.”

The weekend drama will tell a story of a boy named Dong-seok, who later becomes a prosecutor. Actor Lee Seo-jin will play Dong-seok, and Kim will play his love interest, Hae-won.

The drama’s production company said it has high expectations for Kim, adding that she is capable of playing a cheerful character with some inner sadness. Kim took a break from the entertainment scene after she got married in 2007. She made a comeback in the SBS drama “Faith” in 2012 and also hosted the SBS talk show “Hwasin - Controller of the Heart” until it was canceled in October.