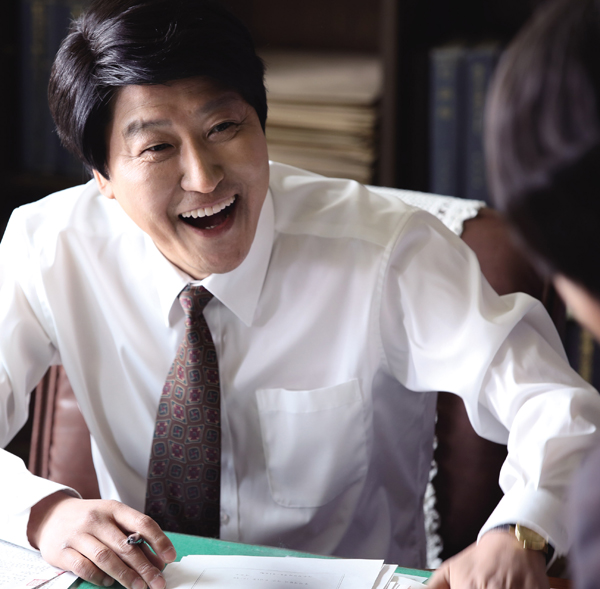 Actor Song Kang-ho’s “The Attorney” topped the local box office for a third consecutive weekend, according to the Korean Film Council.

“Attorney” pulled in 1.2 million admissions from Friday to Sunday, down just 18 percent from last weekend. The movie made 9.3 billion won, or $8.7 million, over the weekend to bring its total to 57.2 billion won since Dec. 18.

With 7.8 million admissions so far, “Attorney” is the fastest Korean film to pass 7 million since “The Thieves” did it in 13 days in summer 2012.

Another Korean movie, “The Suspect” with actor Gong Yoo, was the No. 2 movie over the weekend, drawing 542,737 admissions and bringing its total to 3.1 million since Dec. 24.

The rest of the top 10 was dominated by international films. Ben Stiller’s “The Secret Life of Water Mitty” came in third while “Ender’s Game,” starring Harrison Ford, came in fourth place. The only other Korean film in the top 10 was Jeon Do-yeon’s “Way Back Home” in 10th.

Finishing the weekend in 12th was Hirokazu Koreeda’s “Like Father, Like Son,” which pulled in 10,000 admissions. Although a Japanese arthouse movie, the film has earned 66,565 admissions in 18 days, considered strong for an independent release.