Hyo-ri and husband team up for song

Hyo-ri and husband team up for song 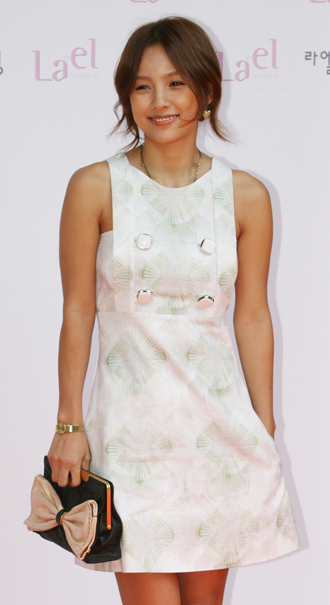 Singer Lee Hyo-ri is ready to release her first song of 2014, and the track is a collaboration with her husband, Lee Sang-soon.

Together, the two are making a song for the soundtrack of the tvN drama “I Need Romance 3.” The song will be released on Tuesday, one day after the drama debuts.

It is the first time the couple has worked together since getting married in September on Jeju Island, although Sang-soon did once remix one of Hyo-ri’s songs, a version of “Miss Korea” that originally appeared on her fifth album, “Monochrome,” before they got hitched.

Hyo-ri recently stuck up for her husband after she was asked at the 2013 SBS Entertainment Awards if she wanted him to look a little more handsome.

“You don’t live off of the looks of your husband?” she answered cynically. “And it’s okay, as long as our child resembles me.”