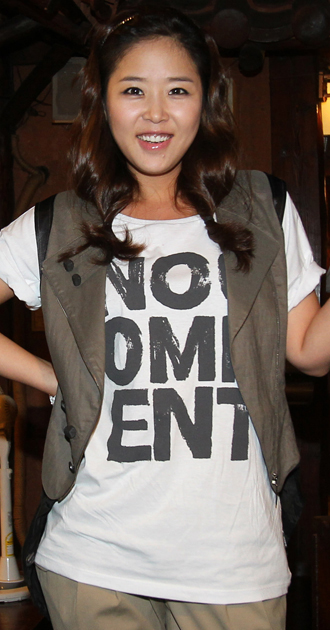 With the classic K-pop group Koyote about to release a retro-themed mini-album, singer Shinji released some vintage-style photos of herself to promote it.

Shinji posted the photos of herself wearing a bright, garish 1990s-era jacket, along with frizzy hair and oversized glasses, also from the era, on a variety of social network services, including Twitter and Facebook.

Thanks to nostalgic movies like “Sunny” and TV dramas like “Respond, 1994,” nostalgia is riding high in Korea these days.