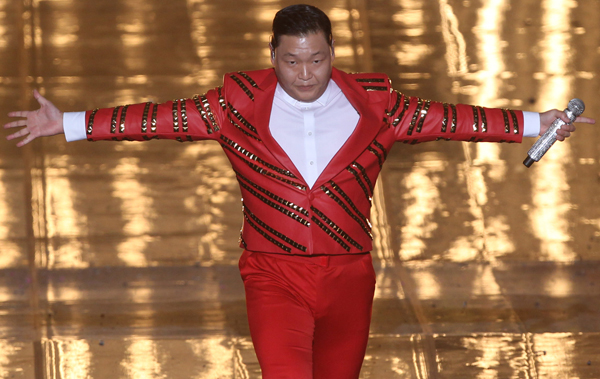 Last month, Psy hinted on his Twitter feed that he would be working with the famous rapper, tweeting “Snoop Dogg X Psy. Coming Soon.”

Late on Tuesday Psy made another Twitter post featuring a photo of himself and Snoop Dogg posing in front of a pool table while wearing matching white dress shirts, black ties and checkered pants.

The American rapper is reportedly collaborating with Psy on his new album, which should drop as early as next month.

It has not been confirmed whether Snoop Dogg will participate in any official events with Psy, nor is the rapper’s travel date out of Korea known.