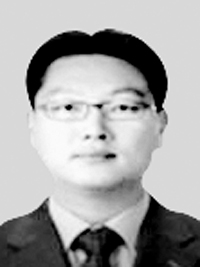 The head of a branch of the Korea Trade-Investment Promotion Agency, or Kotra, was kidnapped in Libya on Sunday, Korea’s Ministry of Foreign Affairs said yesterday.

Han Seok-woo, 39, head of the Libya unit of the trade agency, was kidnapped from his car by a group of four assailants on his way home from work, around 5 p.m. local time, in the Libyan capital of Tripoli.

Han was being driven home by his Iraqi chauffeur, when another vehicle passed and suddenly halted, forcing Han’s car to a stop, according to a foreign affairs official here.

Four unidentified gunmen got out of the car, threatened Han, dragged him into their vehicle and drove off, leaving the driver and Han’s car behind.

Afterward, the driver immediately reported the abduction to the Korean Embassy in Libya. The embassy then contacted the Libyan Foreign Ministry, police, militia groups and other authorities, and requested assistance.

Because Han’s abduction was calculated to coincide with the time he was heading home from work and the fact that his driver and car were left behind, officials believe that there is a high likelihood the kidnapping was organized, likely for a ransom or other demands.

The identities and motives of his abductors are not known yet, said the Foreign Ministry. 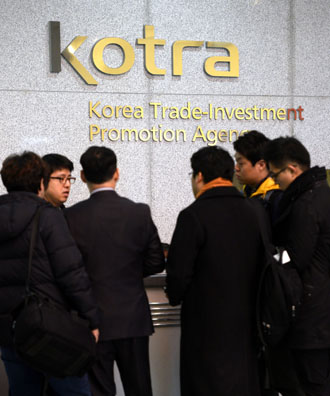 An official from Kotra in an emergency meeting explains yesterday about the kidnapping of its Libya official to reporters at the organization’s entrance in Seocho-dong, southern Seoul. [NEWS1]

So far, no organizations or individuals have taken credit or come forth with demands.

Han began working on trade relations for Kotra in Tripoli in July 2012 and is the only staff member of the Libya unit.

He joined Kotra in 2005, following a stint in Tehran, Iran.

Since the ouster and death of dictator Muammar el-Qaddafi, the country has faced ongoing instability. Libya’s deputy minister of industry was shot dead last week in Sirte amid escalating violence.

The Foreign Ministry said last year there were 10 Koreans who were victims of carjackings or robbery.

“This is not only applicable to Koreans, but kidnapping, murder and robbery cases against foreigners happen very frequently, and most of them involve securing money or were for religious purposes,” said the Korean official.

The Foreign Ministry yesterday issued a special travel warning on Libya and banned Koreans from traveling there due to concerns regarding public safety threats. It also advised Korean residents already there to go to a safer place.

It also established an emergency task force to cooperate with the Libyan government to locate Han’s whereabouts and secure his return from the kidnappers.