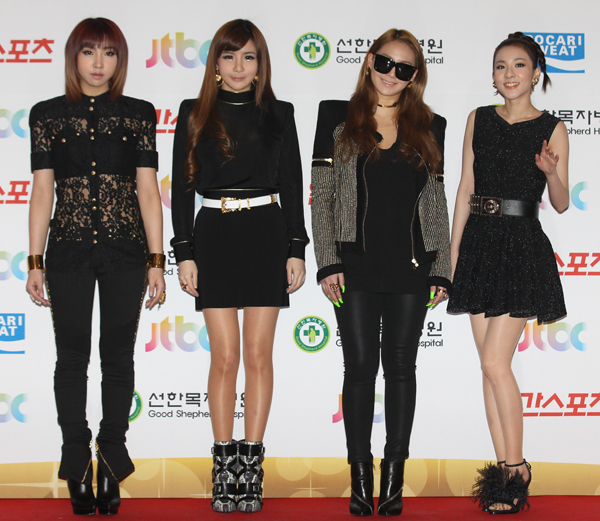 But the four members of the popular group are not going to be vying for bachelor Juan Pablo Galavis’s affections. Instead, on the episode that airs Monday, they will be teaching the former professional football player and the women vying for his affections how to dance K-pop-style.

The program’s cast and crew visited Korea in September to film the appearance, stopping by YG Entertainment’s office in western Seoul, the agency said.

“The Bachelor” contestants danced to one of 2NE1’s biggest hits, “I Am the Best,” which came out in 2011 and has accumulated more than 83 million views on YouTube. They first received a lesson from 2NE1, then they performed in a mini concert at Times Square in Yeongdeungpo, southwestern Seoul.

The reality program also filmed at many popular sightseeing spots in Seoul, including the historical residential neighborhood of Bukchon, the shopping district of Myeong-dong in central Seoul and areas near Hongik University in western Seoul. The filming in Seoul lasted about a month.