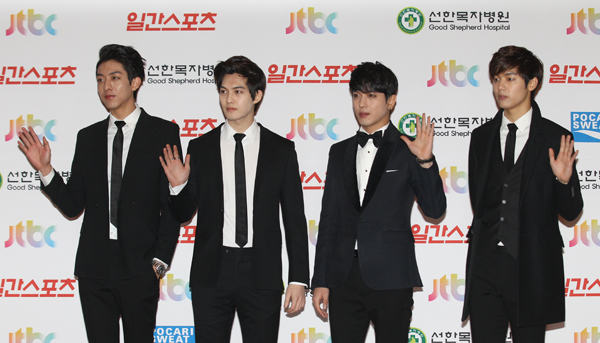 Boy band CN Blue is holding a concert in Los Angeles today because the group’s international tour has taken them to the United States.

“We are so thankful for the fans who cheered for us when it snowed so much in New York,” said Jung Yong-hwa, of the group, on his Twitter account on Wednesday.

“We will come back after we successfully complete the rest of our performances.”

After the show in Los Angeles, the group will travel to Mexico City for another concert tomorrow.