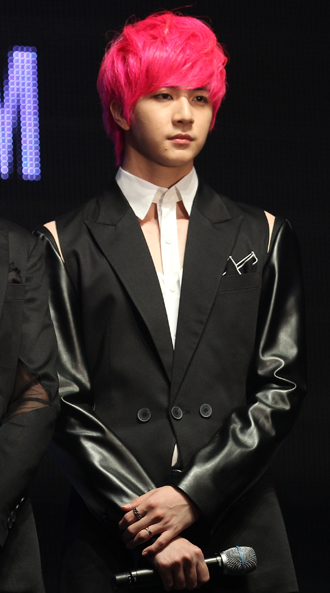 Cheondung from the boy group Mblaq

Park Sang-hyun - better known as Thunder or Cheondung from the boy group Mblaq - released a solo single yesterday, which he wrote and composed himself.

The ballad “Gone” is about the agony felt by a man after his lover leaves him.

“Cheondung has been proving his talents at composition as he has worked on many songs for the group, including ‘Dress Up’ and ‘Sexy Beat,’ as well as his first solo song ‘Don’t Go,’?” said his agency, J-Tune Camp.