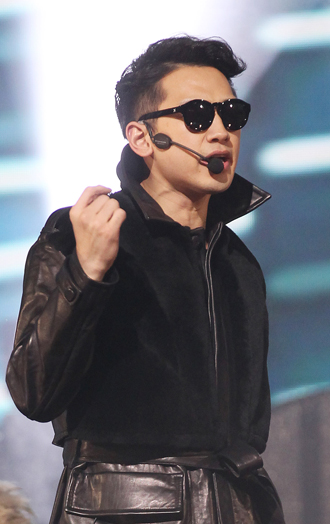 Rain, whose real name is Jung Ji-hoon, completed his three weeks of promotions for his sixth album, “Rain Effect,” in Korea and headed back to Hollywood yesterday to film the action movie “The Prince.” Rain initially planned to leave last weekend but delayed his departure to “return the love he received from his Korean fans,” who had supported his new song “La Song.”

Rain had teamed up with veteran singer Tae Jin-ah to promote “La Song.”

This is not Rain’s first time filming in Hollywood. He had appeared in the expensive flop “Speed Racer,” which was directed by the Wachowski siblings, and had the lead role in the bloody action film “Ninja Assassin.”

For “The Prince,” Rain joins Bruce Willis, John Cusack and Jason Patric in a story about a retired crime boss who squares off against some former enemies after his daughter goes missing. The Korean star plays Mark, a character described as coolheaded and heroic.