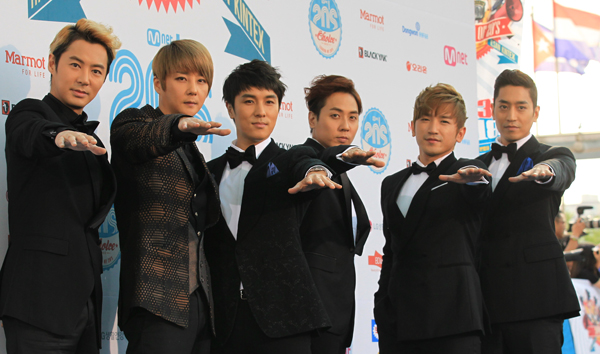 The classic K-pop group Shinhwa has announced some of its plans for the year ahead, most notably a big concert in March.

However, only five members of the six-man group will be performing in the show, as Andy Lee is still in trouble for illegal gambling. The singer was fined 5 million won, or $4,630, last year for gambling.

“Although only five members are going to be on stage, it doesn’t mean that Shinhwa is changing its members at all,” said an official at the agency.

“We are so thankful for the love we have garnered in the past 16 years, and we promise that we’ll come back in great shape for the concert in March,” the group said in a statement.

“Although we haven’t decided when our 12th album will be released, we will live up to the expectations of our fans by putting much effort into making it.”

Also due up in 2014, members Shin Hye-sung and Lee Min-woo are expected to release their solo projects. Kim Dong-wan is currently starring in a musical until March.

Last year was a major one of the six-member group, having released its 11th album and celebrated 15 years together.