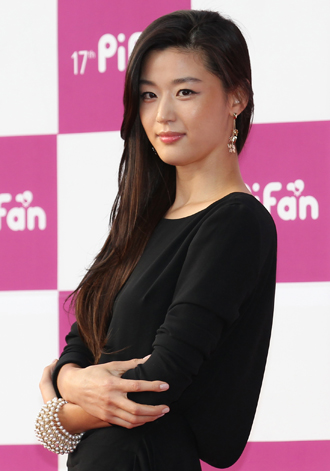 It looks like actress Jun Ji-hyun is going to appear in director Choi Dong-hoon’s next film, “The Assassination,” according to local news reports.

The two worked together in the 2012 film “The Thieves,” which earned 93.7 billion won ($88.7 million), making it the highest-grossing Korean film of all time - and, with 13 million tickets sold, it was the No. 2 most popular Korean movie by admissions.

“The Assassination” is being described as a blockbuster set in the 1930s, and some parts of the film will be shot in Shanghai.

Showbox, the investor and distributor of “The Thieves,” will once again work with Choi on his latest project.

After casting the rest of the characters in “The Assassination,” Choi is supposed to start filming during the second half of the year.