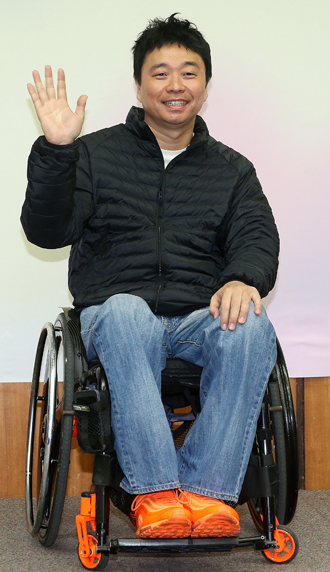 Korean broadcaster KBS plans to launch a new reality program over the Lunar New Year holiday, which will follow six male celebrities whose wives are pregnant.

The show “Please Look After Mom” is slated to begin Thursday at 8:30 p.m. on KBS2 and it was made, in part, to reverse Korea’s falling fertility rate.

“Korea has a fertility rate of 1.3 children per woman, as of last year,” said Oh Eun-il, the program’s producer. “We, as a public broadcaster, thought it was imperative to cover the issue.”

KBS reportedly worked closely with the Ministry of Health and Welfare from the early phases of the show to make it as impactful as possible.

One person profiled on the show, Kang Won-rae from the hit 1990s dance duo Clon, is said to be especially moving. Kang was hit by a drunken driver in November 2000 in an accident that left him paralyzed from the waist down.

“After more than eight attempts at artificial insemination, we finally succeeded in getting pregnant last year,” Kang said excitedly about his wife. “I still can’t believe that I will be a father soon.”

In addition to Kang, those being profiled include comedian Kim Hyun-chul, actor Yeo Hyeon-soo and singer Sung Dae-hyun.