Could g.o.d be returning?

Could g.o.d be returning? 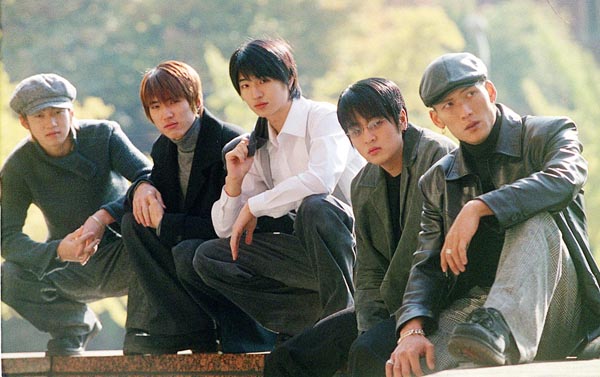 One of the biggest K-pop groups from the 1990s, g.o.d, is rumored to be making a comeback in April, according to local news reports yesterday.

Not only would a release be the group’s first album in nine years, but the rumored reunion would involve all five members, including Yoon Kye-sang, who quit the group before its sixth album in 2004.

The news report quoted someone close to the group. “The members of the group have already finished recording one of the tracks of the album,” said the source. “We need at least 10 tracks since it is a regular album, so we are in the process of picking out the songs.”

The report also said that the group planned to concentrate on promoting the release through concerts rather than TV appearances.

Formed in 1998, g.o.d went head-to-head with H.O.T as the top K-pop group in Korea for several years. G.o.d’s third album, titled “Chapter 3,” sold more than 1.7 million copies, making it one of the top Korean albums ever, according to the Music Industry Association of Korea.

However, the agency for Yoon Kye-sang, Saram Entertainment, said nothing has been decided yet. Another member, Son Ho-young denied the rumor.