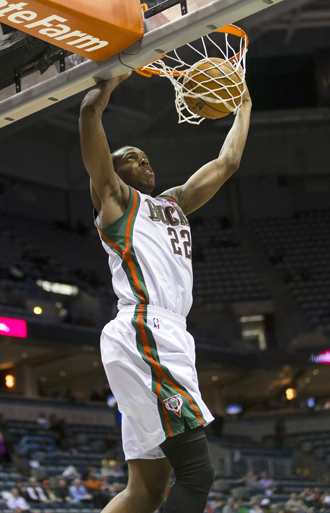 Blake Griffin dominated the paint with 20 points, Jamal Crawford scored 25 and the Los Angeles Clippers ended their seven-game road trip with a 114-86 win Monday night over the Milwaukee Bucks. Darren Collison added 15 points and seven assists in place of Chris Paul for the Clippers, who improved to 9-3 while their star point guard recovers from a separated shoulder.

Los Angeles finished its trip 5-2, a franchise best for their annual sojourn away from the Staples Center to make way for the Grammy Awards.

No better place these days than Milwaukee to end such a journey. The Bucks, an NBA-worst 8-36, were doomed by a 21-2 run in the second quarter.

Ersan Ilyasova had 16 points and eight rebounds for the Bucks.

Milwaukee played with more energy two nights after coach Larry Drew closed the locker room and challenged players’ lackadaisical style in a 25-point loss to the Hawks. The Bucks just couldn’t keep up with the faster and more athletic Clippers.

The 6-foot-10 Griffin alone was a handful in the second quarter. He backed down Ilyasova in the post, and then followed with a steal and breakaway dunk for a 49-36 lead with 3:32 left after Ilyasova mishandled a pass on the other end.

Later, Griffin got into a brief shoving match with Khris Middleton (14 points) under the Clippers’ basket in a scramble for a loose ball, a scrum that drew technical fouls on each player.

The fray only seemed to rile up the Clippers’ big man, who finished 8 of 13 from the field.

After J.J. Redick (14 points) hit a 3 in transition from the wing, Griffin followed with an off-balance tip-in.

Then Bucks guard Luke Ridnour lost the ball on a drive into the lane and Los Angeles went on the break. Griffin in transition hit a layup around two defenders and got fouled for a three-point play to cap the 21-2 run.

By that time it was 57-36 with 1:33 in the second quarter. At least the dedicated fans that stuck around the rest of the night were treated to free hot chocolate on the Bradley Center concourse, a team promotion to fill the arena while arctic cold gripped the region.

The Clippers then led by as much as 39, and the lead fell below 20 just once in the second half.

DeAndre Jordan, the NBA’s leading rebounder at 13.8 per game entering Monday, nearly matched his season average by halftime with 13. He finished with 18.

Ilyasova was 6 of 22 from the field, and the Bucks shot just 38 percent on the evening. John Henson added 11 points and eight boards. Things looked promising early for Milwaukee, in desperate need of a spark to make something out of this wayward season.

Young players Henson and Knight provided some energy in a first quarter in which the Bucks shot 50 percent. For all the trouble he had guarding Griffin, Ilyasova was active in the paint. And after Middleton’s jumper with 9:58 in the second got the Bucks within 34-32, the hometown fans had more to think about than counting up how many dunks Lob City’s stars would throw down.