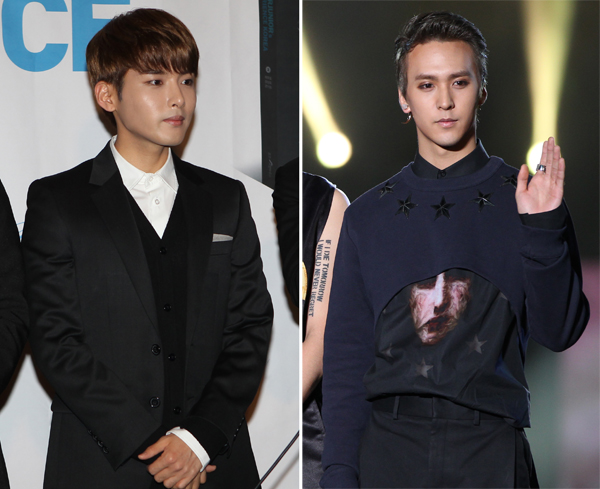 Kim Ryeo-wook of the popular K-pop group Super Junior and Son Dong-woon of the group Beast have been confirmed as the co-hosts of Mnet’s new program “Super Idol Chart Show,” the cable broadcaster said Tuesday.

The program aims to be a countdown show of the most popular K-pop hits, based on surveys conducted on 300 participants aged between 15 and 34, as well as a news program delivering the latest information about the hottest idols in Korea.

Ryeo-wook is currently the DJ for KBS Radio’s “Super Junior’s Kiss the Radio,” but “Super Idol” will be his first role as the main host of a TV program since his debut in 2005.

It is also Dong-woon’s first time hosting any show since he made his debut with Beast five years ago.

“Super Idol Chart Show” is set to air every Friday at 5 p.m., starting this week.