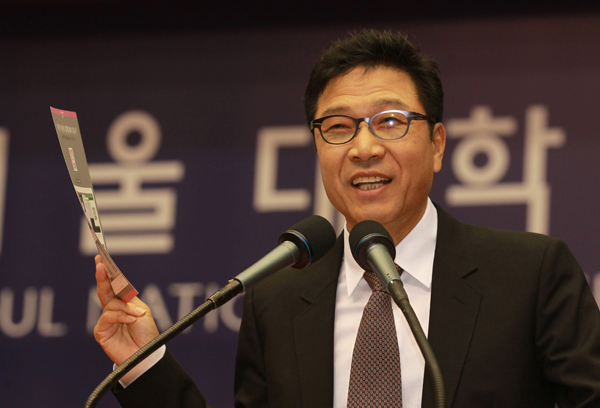 Lee Soo-man, the president of SM Entertainment, owns the most expensive property among his peers, according to the latest findings by Chaebul.com.

The website, which aggregates the properties and incomes of the wealthiest people in Korea, has published this year’s list of the top 36 celebrities who own some 42 buildings.

The website noted that including Lee, there were seven people who owned buildings that cost 10 billion won ($9.2 million) or more.

But of all the properties owned by celebrities, Lee’s building in Apgujeong, southern Seoul, was valued the highest, at about 19 billion won.

The appraisal was based on National Tax Service criteria, with considerations to Lee’s income tax, which means that the real market value could be as much as triple the sum reported by the website.

After Lee, musician Seo Tai-ji and YG Entertainment’s Yang Hyun-suk were in second and third place, with their respective properties totaling 16 billion won and 15 billion won.

Others to make the list were singer Rain, actors Kwon Sang-woo and Song Seung-hun and Jun Ji-hyun.

More than 73 percent of the buildings owned by celebrities on the list were in Cheongdam-dong and Sinsa-dong, both in southern Seoul.