Kim won’t sing on ‘My Love’

Kim won’t sing on ‘My Love’ 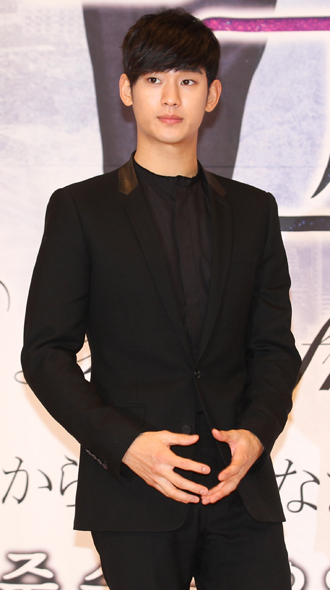 Actor Kim Soo-hyun, who is starring in the SBS drama “My Love From the Star,” has denied reports he will be recording a song for the drama’s soundtrack.

In the show, Kim plays an alien who has lived in Korea for more than 400 years.

“We haven’t been asked to sing on the soundtrack in the first place. Without getting any request from the broadcaster, it is quite nonsensical to discuss the matter,” said Kim’s agency, Keyeast Entertainment.

HB Entertainment, the production company behind “My Love From the Star,” also denied plans for a song. “Perhaps the huge popularity of the show led reporters to think that way,” it said in a statement.

Meanwhile, the drama, which also stars Jun Ji-hyun, most recently recorded nationwide ratings of about 24.8 percent according to Nielsen Korea, which is considered quite strong.