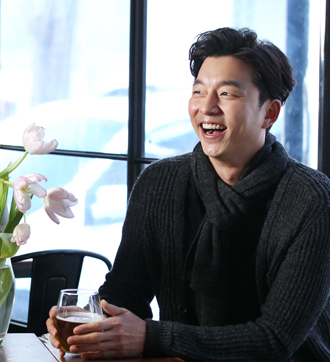 Gong Yoo is famous for playing Prince Charming types, especially thanks to his memorable role in the popular TV series “Coffee Prince.”

But since returning from serving mandatory military duty in 2009, Gong overturned past preconceptions with serious and mature roles in “The Crucible” and his latest action thriller, “The Suspect.”

Gong, 34, revealed how he felt about changing his image to the Ilgan Sports, an affiliate of the Korea JoongAng Daily.

Q. How do you feel about the success of “The Suspect,” which did well with 4.1 million admissions but was overshadowed by “The Attorney”?

A. First of all, I am very satisfied because it allowed me to feel the joy of acting again. But the director and the production company may have wanted it to do better.

Do you agree that “The Suspect” broadened your acting spectrum?

Yes. I was worried at first, but luckily the audience watched me without feeling too alienated. When the movie got a small release in the United States, I received some positive feedback as well. It meant the movie itself, without any external factors, was getting across well.

Did you have any reason for preferring the romantic comedy genre in the past?

It is true that some of the image I have today was built up throughout my career. However, I did not plan it that way. To be honest, I am not wholly satisfied with Korea’s rom-com films. Most of them are just “comedy” without much “romance.” It may sound idealistic, but I wish Korean movies could become more macroscopic and diverse.

How do you interact with people?

I like to have conversations, but not just with anybody. The peculiarity of our job as actors doesn’t allow us to talk freely whenever we want to. So I try to communicate as much as I can and appreciate people.

Do you have any reason for not using social media?

I don’t think it fits me. The last social network I used was Cyworld, and even then I ran it privately. I am anxious that I would get addicted to it. Also, getting too much attention on the Internet is overwhelming. 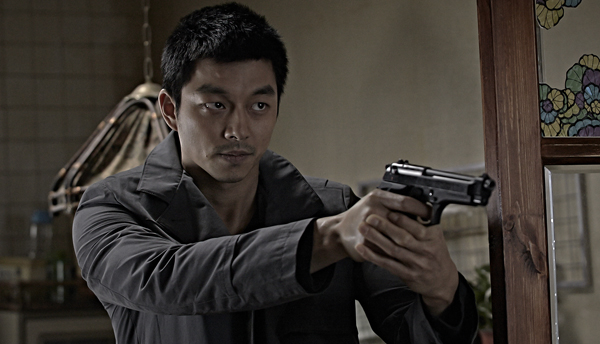 Actor Gong Yoo in the movie “The Suspect.” Provided by Showbox

Is it because you are no good at technology?

Yes, that’s true. I am not familiar with digital gadgets. I still ask people about how my smartphone works. I even prefer handwritten letters.

Did you ever have doubts about your career as an actor?

Of course. When I was 28 or 29 years old it got pretty serious. I asked myself if I should continue with my career. It wasn’t because I was looking for greater success, but from a fundamental question of whether I was on the right track.

How did you overcome it?

By taking the role in “Coffee Prince.” It reminded me of how good it was to stand in front of a camera. I enjoyed going to the set and working with my peers and the crew.

How did you feel working with Yoon Eun-hye on the drama?

Actually, I wasn’t sure about Yoon Eun-hye as an actress. Although I myself wasn’t a perfect actor, I had some preconceived notions about singers turned actresses. But she really blew me away. Every time I improvised, she reacted smoothly as if she had been waiting for it.

Do you think about your future and marriage?

Yes, but not often. I am growing more fond of my career now that I have entered my mid-30s. I used to think that I wanted to get married quickly, but now I like my work more. Or maybe I am getting used to being lonely.