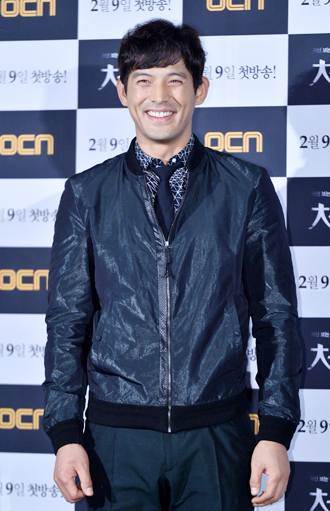 It’s been rumored for a while, but actor Oh Ji-ho of the KBS drama “Queen of the Office” has at last confirmed his wedding date. According to his agency, Heavenly Star Contents, Oh and his fiancee will be getting married in April at the Shilla Hotel in central Seoul.

“After two years of a sincere relationship, Ji-ho finally proposed to [his girlfriend], asking her to be his lifelong partner,” his agency confirmed.

The wedding will be a private one, said the actor’s manager, with only a few close friends and family members.

“The ceremony will not be too extravagant. They are planning it to be more like a family gathering.”

Oh’s fiancee is reportedly three years younger and works in the clothing industry.

Currently, the 38-year-old actor is starring in the OCN drama “The Ghost-Seeing Detective Cheo-yong.”