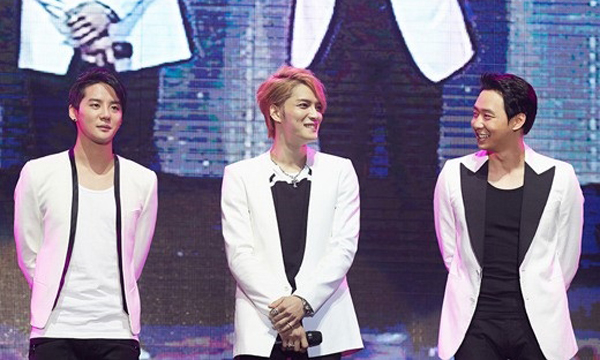 K-pop group JYJ has finally settled its four-year legal dispute with its former agency Avex, according to the trio’s official website.

“C-Jes [JYJ] and AVEX have agreed to end the legal battles. From now on, the two parties will not interfere in the activities of the other,” the group’s agency, C-Jes Entertainment, announced in a brief post yesterday.

The legal disputes trace back five years, after the Seoul Central District Court affirmed in October 2009 the group’s right to engage in entertainment activities while suspending its exclusive 13-year contract with SM Entertainment.

Members Kim Jae-joong, Park Yu-chun, and Kim Jun-su signed a new contract with C-Jes Entertainment in February 2010 to handle their marketing and scheduling in Japan through Avex.

However, C-Jes and Avex had conflicting ideas regarding the scope of the group’s activities, and Avex suspended its contract with JYJ in September 2010. C-Jes responded by independently managing their business in the Japanese entertainment industry.

When Avex fought for the rights to exclusively manage JYJ in Japan, C-Jes requested from the Tokyo regional court a provisional disposition regarding performance disruptions in the group’s concerts in Japan.

In January 2013, the Tokyo District Court ruled against Avex and ordered the company to pay 660 million yen ($7.3 million), rejecting its claim for exclusive management rights.

The Tokyo High Court mediated when Avex filed for an appeal.

“We are grateful to the Japanese judicial branch. Since the conflicts [with Avex] are resolved, JYJ will be able to meet Japanese fans much more often starting this year,” said Baek Chang-joo, the head of C-Jes Entertainment.