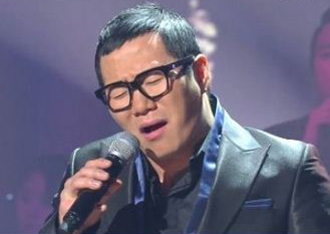 The veteran R&B duet Vibe has teased its sixth full-length album “Ritardando” with a black-and-white video clip of its lead-off single “Haeundae” on their agency’s Facebook page.

The group is following the general trend of other idol groups these days.

The short video clip shows Yoon Min-soo and Ryu Jae-hyun together, along with Kang Min-kyung from Davichi. The sorrowful track depicts a love story of any average young Korean who might have enjoyed dating on the Haeundae Beach in Busan.

Fans have raised their expectations for the new album after Yoon performed on the KBS entertainment show “Immortal Song.”

The group will release its sixth full-length album through online music stores after midnight on Feb. 21.