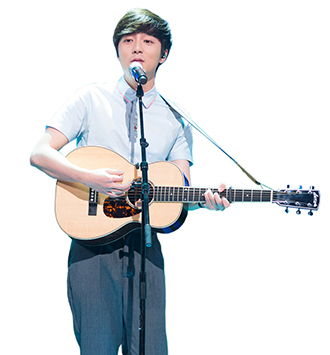 Roy Kim, the winner of the survival audition program “Superstar K4,” in 2012, signed an exclusive contract with CJ E&M and announced a plan for an album, according to local media yesterday.

“Roy Kim will release a new album this fall and is also planning on some concerts,” said his new agency. ”We are trying to respect the singer’s situation, which is that he has to finish his studies in America. We are going to support him so that he can carry on with both.”

The 20-year-old singer is a student at Georgetown University in Washington.