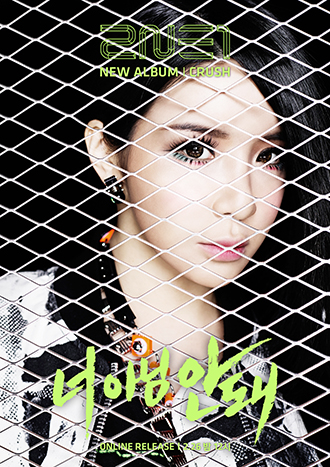 YG Entertainment revealed the last series of teaser photos for 2NE1’s new album yesterday afternoon on its official blog featuring Bom wearing colorful makeup with the words “Gotta Be You” written in Korean below.

“Gotta Be You” is one of the 10 tracks listed on the album, which Teddy and PK produced.

Yang Hyun-suk, the representative of the agency, said that the song is “very impressive” and includes strong vocals from Bom and Minzy.

CL’s photo was unveiled in the morning, and two of the others from Sandara and Minzy were revealed the day before, on Monday.