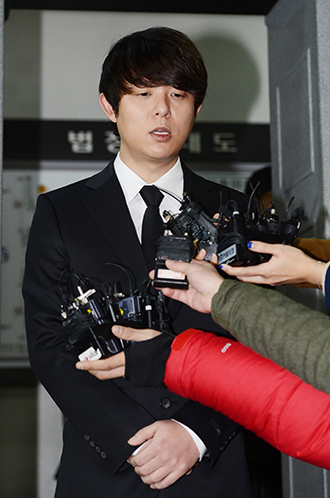 The decision came Tuesday following a temporary ban imposed by the broadcaster on the four celebrities in December.

A spokesman for KBS said that the decision was made “considering the social stir the four people caused over the last year.”

In December, Song was sentenced to six months in prison and two years’ probation for smoking marijuana, while the other three celebrities were found guilty of illegal gambling.

Last week, the broadcaster announced it was restricting the use of songs and video clips by H.O.T, the iconic K-pop group from the 1990s where Ahn got his start, due to Ahn’s involvement in the gambling scandal.