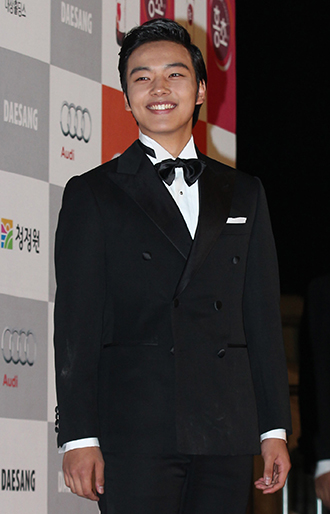 Yeo Jin-goo, the 16-year-old actor who rose to fame with “Hwayi: Monster Boy” last year, has found his next big-screen project - the lead role in the long-awaited Korean sci-fi film “The Fist.”

“Yeo is such a versatile actor, who can both play an action hero and a romantic protagonist,” said a statement by CJ E&M, the production company behind the big-budget film.

Set in the not-too-distant-future, the film is about a young man with supernatural powers who tries to save a small town from being destroyed.

Zo In-sung had been signed up to play the lead for two years, but continued delays in starting “Fist” forced him to drop out.

“Fist” was planned as a $20 million blockbuster - huge money for a Korean film - by director Park Kwang-hyun, who rose to fame in 2005 with his hit “Welcome to Dongmakgol.”

From early on, “Fist” was shaping up to be a big international project, with CJ E&M joining up on financing with the China Film Group Corporation and Pegasus & Taihe Entertainment International.

CJ E&M said the rest of the cast will be confirmed soon and production is scheduled to start this summer.