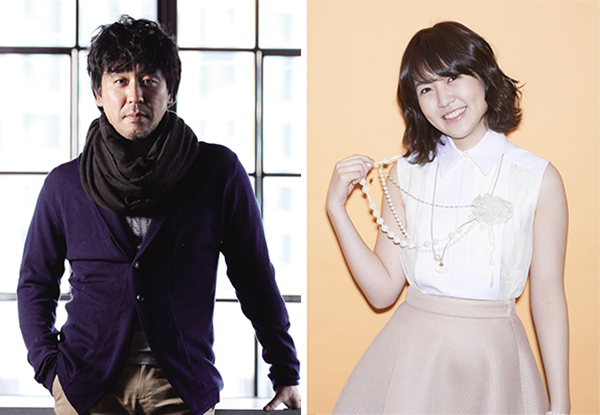 Award-winning animation director Yeon Sang-ho is getting ready for his next project, and so far he’s enlisted some impressive names to star as the film’s voices.

Titled “Seoul Station,” the movie has so far confirmed the voices of Ryu Seung-ryong, who starred in “Miracle in Cell No. 7,” the second-highest grossing Korean movie ever, and Shim Eun-kyung, who features in the current hit “Miss Granny.”

The story is reportedly about the breakdown of the city following the outbreak of a deadly epidemic that starts with a homeless man living near Seoul Station.

Shim will voice a teenage runaway living around the train station, while Ryu plays her father, a man desperately trying to find his daughter.

In addition, Lee Joon from the K-pop boy group Mblaq will voice a character, playing the boyfriend of Shim Eun-kyung.

“I am truly delighted to see my screenplay transforming into a real movie. I’ve been working on the story for a long time,” said the director yesterday.

Ryu also expressed his enthusiasm for the project. “There’s something irresistible about the story,” he said. “The message of this film will definitely touch the viewers’ hearts.”

The film is scheduled to be released in 2015.