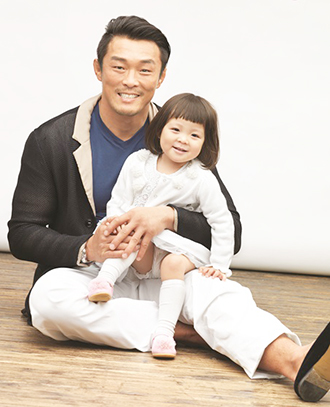 Choo has a history of supporting multicultural families in Korea, especially those who suffer from financial problems.

Lately, his family’s appearance on the KBS weekend entertainment show “The Return of Superman” has increased Choo’s popularity.

His 29-month-old daughter, Sarang, has created a buzz due to her “cute” actions on the program. Dubbed Choo-vely — a combination of her surname, Choo, and the word “lovely,” Sarang has become the hottest celebrity in local entertainment over recent months, with K-pop superstars regularly begging her to take a selfie with them.

“Though my daughter is still too young to realize the idea of donating, I hope she will grow up as a good person who will care about the community,” Choo Sung-hoon told local media.

A TV commercial featuring Sarang will air in April.