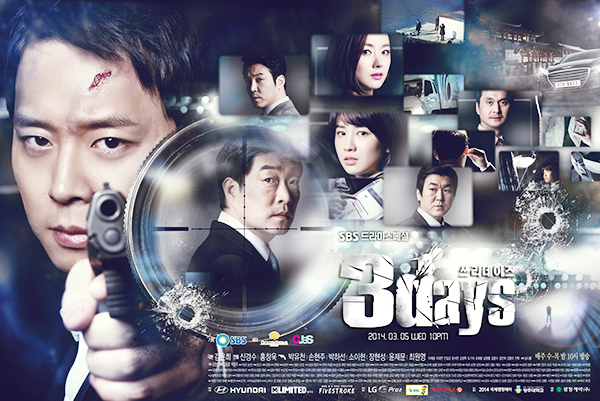 Park Yu-chun, a member of the K-pop group JYJ, is returning to television, and this time he’s playing a Blue House secret service agent on the new SBS drama “Three Days.”

After establishing himself as one of the most popular K-pop icons, first in TVXQ, then with JYJ and as a solo artist, in 2010 Park launched his acting career with the KBS drama “Sungkyunkwan Scandal.”

Park’s acting has won him critical acclaim and many TV drama awards.

“Since I first read the script last summer, I’ve been fascinated by my role,” said the 27-year-old singer and actor at a press conference for the show last week.

“Three Days” is a thriller about the possible assassination of the Korean president, who is played by accomplished actor Son Hyun-joo. Park’s character becomes embroiled in a dangerous conspiracy and is accused of being the person who killed the president.