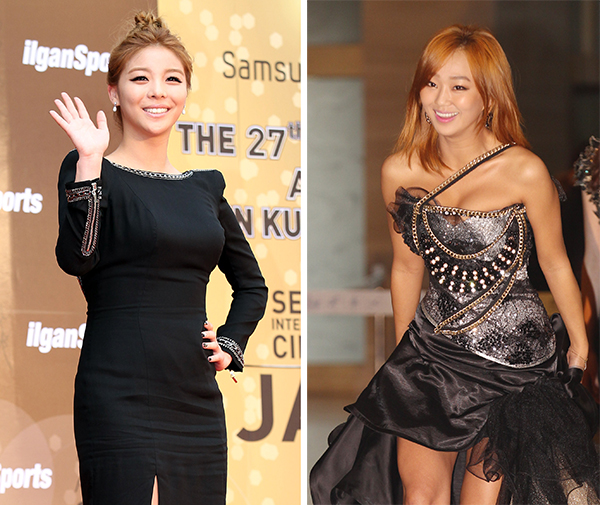 Pop stars Hyo-lyn and Ailee will sing the soundtrack of Disney animated film “Frozen” to celebrate the 400th episode of MBC’s “Music Core” on Saturday.

“As ‘Frozen’ passed 10 million viewer admissions in Korea, it would be timely to feature ‘Let It Go’ on the program. We are sure Korean fans would be thrilled to see the collaboration of two singers,” said an official of MBC yesterday.

Although Hyo-lyn’s Korean version of the soundtrack was released last month, there hasn’t been any official showcase of the songs on stage so far.

On the other hand, Ailee has showed a glimpse of a performance of the song already to her fans, when she appeared on KBS music show “Yoo Hee-yeol’s Sketchbook” in January.

“They will be dressed like Elsa and Anna on the stage. It will be fun to check out if Hyo-lyn and Ailee resemble the Nordic princesses,” added the broadcaster.

Meanwhile, on the 400th episode of “Music Core,” the biggest K-pop icons such as TVXQ, Girls’ Generation, Exo, CN Blue will also be featured.