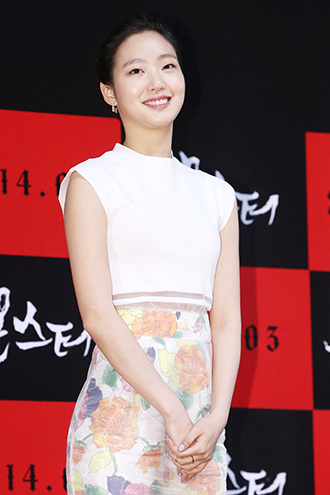 Actress Kim Go-eun, better known as Eun-gyo — a title role she played in the acclaimed film “Eungyo [A Muse]” (2012) — has come back with a thriller film, “Monster.”

“After playing Eun-gyo, I wanted to have some change in my character. As an actress, I do not want people to have a fixed image of me,” said Kim at the film’s premiere in eastern Seoul yesterday.

“Unlike many other thriller films that depict female characters as victims, ‘Monster’ takes a different approach,” added the 22-year-old actress.

The film will be released on March 13.