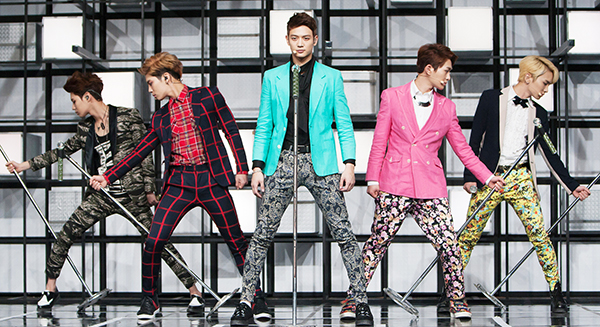 The popular five-member boy band SHINee is heading to South America on a tour for the first time.

“SHINee will visit three cities in Latin America. Starting in Mexico, they will then meet their fans in Chile, and Argentina,” said the group’s agency, SM Entertainment, in a press release yesterday.

The tour, titled “SHINee WORLD III,” launches in Mexico City on April 4 at Mexico City Arena, which can hold more than 20,000 people.

Two days later, they will perform in Santiago, Chile, and then in Buenos Aires, Argentina, on April 8.

“As this is the group’s first chance to meet their South American fans, they will provide some changes to their repertoire in the concerts,” added the agency. “Along with SHINee’s trademark dance numbers, each member will show off his talents in solo performances.”

But before heading overseas, the group will finish off the Asia leg of its current tour with two shows in southern Seoul this weekend at the Olympic Gymnastics Arena.