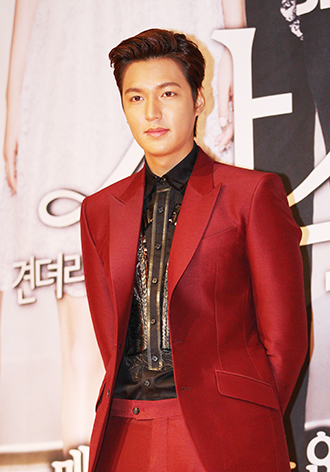 Actor Lee Min-ho of “The Heirs” (2013) is causing a craze in China, surpassing the 20-million mark on his official Weibo account, a Chinese micro-blogging site similar to Twitter.

“As of yesterday [Saturday] evening, the number of Lee’s Weibo followers went over 20 million,” Star House Entertainment, the 26-year-old actor’s agency, said yesterday, adding that it’s the first time that a Korean actor gained that many followers.

Weibo can be considered a barometer of celebrities’ popularity in China and even Chinese stars have a hard time attracting that many followers. Local Chinese media described Lee’s popularity as an “unprecedented syndrome” and a “mysterious phenomena.”

Lee’s career in China started with the KBS megahit drama “Boys Over Flowers” in 2009.

He then went on to star in SBS’s “City Hunter” (2011), “Faith” (2012) and finally “The Heirs,” from the same broadcaster, which generated an explosive response from local fans.