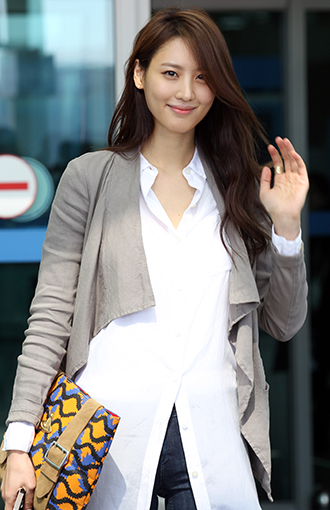 It will be Kim’s first official appearance in Hollywood after she was confirmed to play a big supporting role in “The Avengers: Age of Ultron.” Kim doesn’t appear in “Captain America,” but attending the event is an important step for her to show that she is now part of the crew of Marvel Entertainment, the film’s studio.

“I am nervous to step on the red carpet with other American celebrities. I will do my best there,” said the 29-year-old actress, who was spotted at Incheon International Airport yesterday evening.