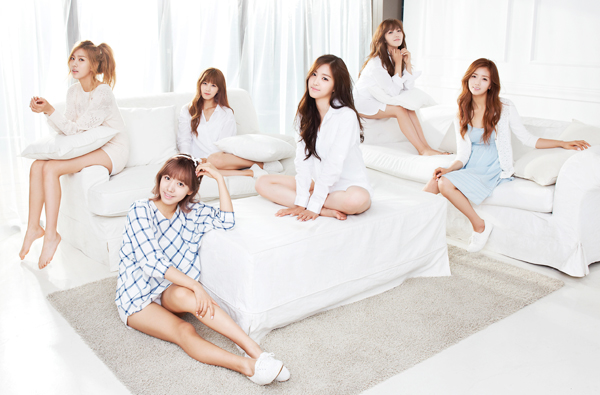 It seems like the Korean girl group A Pink is gearing up to make a comeback on March 31, according to its agency, A Cube Entertainment, yesterday.

The group’s last album, “Secret Garden,” was released in July 2013. Its lead-off track, “No No No,” won several audience voting prizes on live music programs.

In addition to performing as a group, several members of A Pink have been active in acting and on reality shows.

Son Na-eun, who is especially popular with male fans, appeared on season four of the MBC reality show “We Got Married,” where she was the make-believe girlfriend of Lee Tae-min of SHINee.