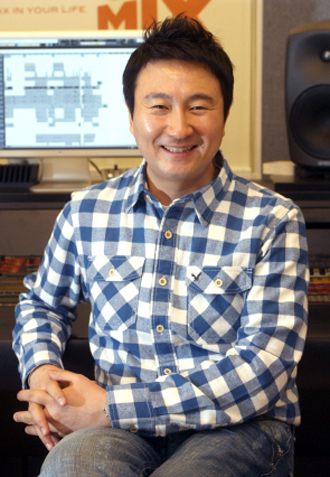 Renowned songwriter Joo Young-hoon will release a new album to celebrate the 20th anniversary of his debut.

Since beginning in 1994, the composer rose to prominence by creating some of the most successful Korean pop music in the 1990s, including tracks by Uhm Jung-hwa, Turbo, FinKL and Kim Jong-guk.

His new album reportedly consists of new versions of his earlier hits.

“Joo has been working on his new album for a long time. We hope his songs will evoke nostalgia for the good old days,” said his agency, Chorokbaem Media.

The agency revealed that the first song will be released on March 27, featuring the rock band Rose Motel.

Joo is highly regarded in the Korean entertainment scene, not only for his songs but also because of his success as a late-night talk show host in the 1990s.

He also pursued a career as a singer, performing the popular love song “Love Forever” for the soundtrack to the movie “Love Wind Love Song” in 1999. The song was re-recorded by Jung Eun-ji and Seo In-guk and featured on the tvN drama “Respond, 1997” in 2012.